A study by neuroscientist Richard Davidson suggests that yoga improves attention and may even help with attention deficit disorder.

Richard Davidson, professor of psychology and psychiatry at the University of Wisconsin-Madison, has conducted several studies on the effects of yoga on the brain. Being a regular meditator himself, Davidson is also a long-time friend of the Dalai Lama. In this study, he was allowed to examine the brains of several Tibetan monks with a very long yoga practice and compare it to people without previous yoga experience.

In collaboration with colleagues, Brefczynski-Lewis and Lutz, Davidson conducted a study that compared yoga novices to long-time meditators. Both groups were asked to meditate while undergoing a magnetic resonance imaging scan (MRI) of the brain. The yoga used was a practice where one focuses intently on a stimulus and then repeatedly goes back to the object of yoga whenever the mind has wandered.

Yoga as Seen on the MRI Scan

The MRI scans revealed increased activity in the brain regions used for paying attention and making decisions. Thus, yoga seems to train the corresponding regions and functions of the brain. It was also found that the areas of the brain connected with attention and decision-making (such as the prefrontal cortex) were more activated in long-term meditators than in the yoga novices.

Most fascinatingly, however, an altogether different picture emerged when looking only at the most experienced meditators with at least 40,000 hours of experience (equivalent to meditating five hours per day for 22 years). In that group, the same areas of the brain only showed increased activity at the beginning of the yoga. After that, the brain activity went back to baseline. The conclusion drawn by Davidson is that these people were able to concentrate effortlessly, something that has often been described in classic texts on mediation.

Another distinct feature of the study was examining the reaction to distractive noises. While meditating inside the MRI, the subjects of the study were periodically blasted with disturbing noises. Among the group of experienced meditators, these noises had much less effect on the brain areas involved in emotion and decision-making. And the most experienced meditators, with over 40,000 hours of yoga experience, were hardly affected at all. “They do hear the sound,” Davidson pointed out, “but we can detect that in the auditory cortex, but they don’t have the emotional reaction.” Yoga

Although he doesn’t completely rule out that these results may have something to do with the differences in lifestyle between the Buddhist monks and the ordinary American people observed in the study, Davidson doesn’t think so. Pointing out the correlation between the length of yoga practice and the number of changes in the brain, Davidson assumes that the changes were indeed caused by yoga (rather than lifestyle factors such as isolation, eating habits, or religious faith).

The Brain Can Be Changed

More evidence for the neurological benefits of yoga comes from another study by Davidson. It shows that the ability to detect a brief visual signal that most people cannot detect is significantly improved in people who were trained in yoga over the course of three months. This study can be regarded as further evidence of the so-called neuroplasticity of the brain—the brain’s ability to reorganize itself by forming new neural connections throughout life.

While psychologists have long tended to consider an adult’s capacity to pay attention as relatively fixed, these findings suggest that attention can be trained in a similar way as other abilities. Just as regular workouts improve cardiovascular health, so the systematic practice of yoga can train and improve attention.

With a view towards a growing prevalence in hyperactivity disorder among children, Davidson regards yoga or methods derived from yoga as possible tools for dealing with hyperactivity. He stresses, however, that it is not more than a possibility as yet.

Love Yourself: You Deserve It

The Top 10 Rules Of Wealth Creation 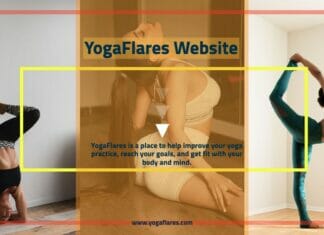 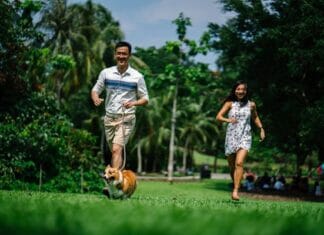 Motivate Yourself To Stay Healthy By Trying These Types Of Exercises 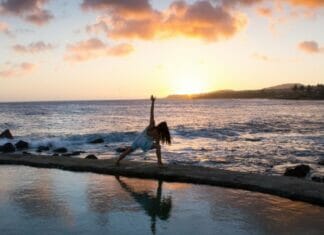 How does yoga reduce anxiety?