4 Exercises to Develop the Power of the Mind

The Rosicrucian Way provides 4 exercises using the power of thought to control negative and turbulent emotions.

Rosicrucian believe that man can learn to use his mind and brain in the same way an infant achieves control over his muscles. The power of thought is particularly useful when man is sabotaged by negative emotions such as fear, jealousy or anger. In Wisdom of the Mystic Masters (New York: Parker Publishing Company Inc., 1968), Joseph L. Weed includes four activities that have been shown to be effective in assisting man in weeding away unneeded and harmful emotions. Each exercise should be done at least once a day.

Spill a box of color-tipped kitchen matches on the table. Mix them thoroughly and place them back in the box with all the tips pointing in the same direction. Recognize that one is using the power of thought in this simple exercise.

Turn on the radio. Choose a station that is broadcasting classical music or orchestral scores. With eyes closed, one should shut out awareness of all sound except for a single musical instrument like a violin or clarinet. By following the course of this one instrument as long as possible, one is exercising the power of thought and concentration.

Sit in a room with the television turned on. Focusing on a spot in the room, one should attempt to shut out the television images from one’s awareness. Do the same thing with sound. The idea is to create a mental buffer against images and noise by creating a space of stillness within turbulence.

With deliberate choice and power of thought, slow down one’s pace in relation to others. Let others pass ahead if one is walking in the street. If driving a car, one should move at a speed less than the legal limit. Deliberately allow another car or person the right of way, whether one is entering or leaving a highway exit, a room, plane or train. One should “make way” with a happy heart and a grin. If practiced daily for a month, one would become a new person.

Why do these exercises develop the power of the mind?

Why are these exercises effective in developing the power of the mind? Current research in neuroscience shows that the seat of man’s emotional stability lies in the prefrontal cortex, the area that promotes the executive functions of the brain. This is the area that is significant for its role in man’s ability to sustain attention by blocking out irrelevant and destructive stimuli, an ability that is developed by the above exercises.

According to John J. Ratey in A User’s Guide to the Brain (New York: Vintage Books, 2002), this area can regulate its own levels of dopamine, the neurotransmitter of the pleasure centers of the brain. Increasing dopamine levels is correlated with emotional stability and the ability to feel joy (243). Dopamine also strengthens the chemical firing of messages between neurons, which results in the brain’s ability to formulate new concepts, new perceptions and new habits (122).

Unlocking the power of thought requires effort. By making a daily habit of the above exercises, one can control negative emotions that sabotage the power of the mind.

Love Yourself: You Deserve It 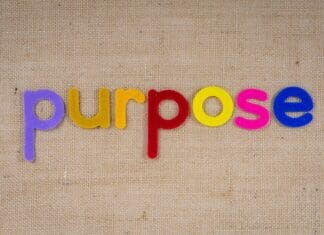 Set Your Intentions for the Day

Inspiring People: Check It Out If You’re One Of Them 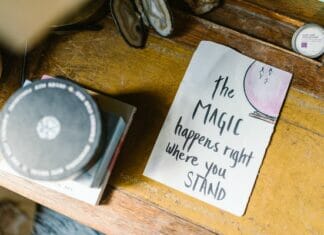 Capure The Moment Of Awakening